After cursing consumers, they are banned! Amazon seller: Tips for one number every day

With the vigorous development of e-commerce, the number of online shoppers is also increasing.As we all know, Amazon PingTaiwan has always adhered to the principle of customer first, constantly emphasized the importance of the buyer's consumption experience, and even sacrificed the seller's interests to improve the buyer's consumption experience. Many sellers report that AmazonThe "eccentric" behavior is often ignored.

It is precisely for this reason that a large number of bad buyers have appeared on Amazon's platform, and with the help of Amazon's platform policies, they have usurped the legitimate interests of sellers. Today, let meLet's check the relationship between Amazon sellers and buyers"Love and hate".

1. The seller was banned for swearing

It is understood that,Recently, an Amazon seller reported that his account was closed due to abusive remarks during the communication with the buyer using the website letter. 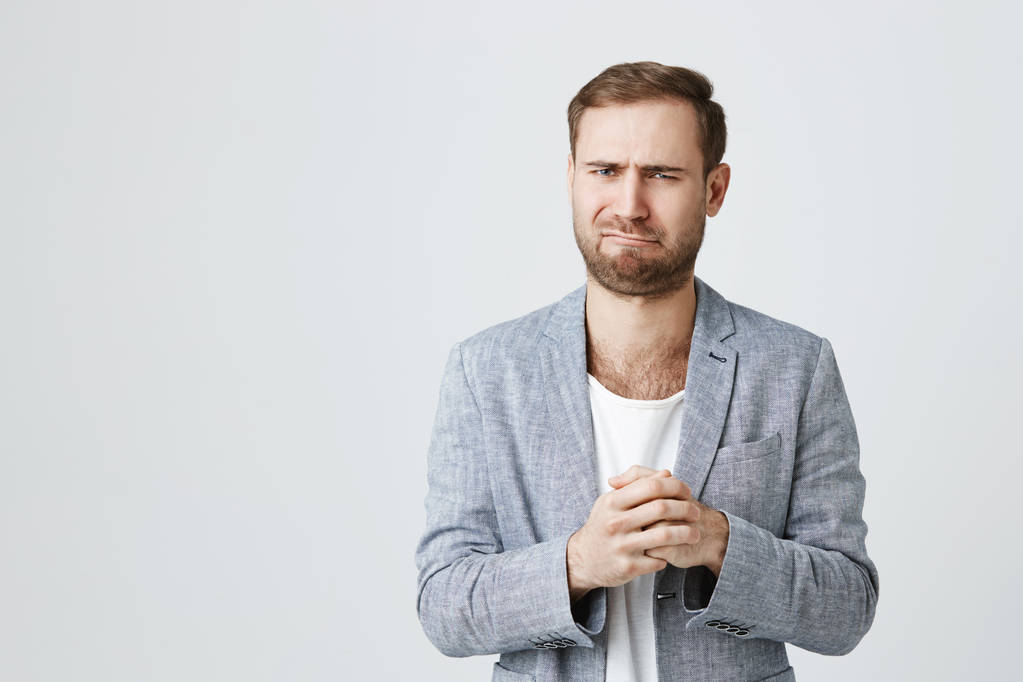 Later, Amazon officially sent an email to the seller and said:"You have inappropriate or unethical behavior when contacting Amazon community members. This is a serious violation of our policy. Therefore, you will not continue to sell goods on Amazon, and your goods have been removed from our website. We will discuss with you to solve this problem, during which your funds will be frozen in your account. If you have an unfinished order, please arrange for shipment in a timely manner. ”

The sellers have expressed their opinions on this event. Although most sellers sympathize with this seller, some sellers think it is inappropriate to curse others.

sellerA: Amazon has always been banned, although it is really wrong for sellers to swear.

sellerD: The risks of this platform are getting higher and higher. The risks and benefits are not comparable to those of a few years ago. They are inferior to domestic Tmall and Pinduoduo. Once the seller has been banned, he will lose all his money.

"Where there is transaction, there is communication, and where there is communication, there is disagreement." Although many sellers are sympathetic to the fact that the seller has been banned for swearing, we should also understand that swearing is really wrong.Sellers should put their minds right and abide by the platform policies. They must not be greedy for quick words, or they will have to bear the corresponding punishment。

2. The buyer threatens the seller's children

There are not many cases of Amazon buyers and sellers falling in love and killing each other. This is the latest case. Xiao Bian saw on the forum of Amazon America,One seller roast that the buyer threatened his children.

The seller roast that he received a letter of threat from the buyer, cursing that my child was killed in the fire. He mentioned that the buyer also wrote a string of words, but due to the Amazon platform, some words are not visible, probably"* * * your * * * company * * * you".

In fact, normally speaking, it is normal for users to feel a little emotional and want to roast when they buy unsatisfactory goods on e-commerce platforms. However, the buyer's practice has obviously gone beyond the bottom line of morality and turned to curse and attack the seller's children.

Other sellers in the forum also felt aggrieved about the seller's experience.

sellerA: What you left on the platform is not your home address, right?

sellerB: Print out the threat letter. It's really bad. If you want, you can call the police. Anyway, there is his name and address.

Another sellerC said: We don't want to give Amazon this opportunity,Amazon is used to this kind of behavior!Amazon should at least be morally responsible for the behavior of its platform buyers. If something similar happens, we must expose it. More exposure will attract Amazon's attention.

To sum up, regardless of the Amazon platform's attitude towards such incidents, most of the platform sellers still submit the matter to the police for handling. Perhaps for these sellers, it is OK to receive a threatening letter, but the children who are threatened are indeed unforgivable.

As far as I know, on the current domestic e-commerce platform, consumers cannot send language containing abuse and threats when searching for goods and communicating with online customer service. The system will automatically detect and block relevant content, let alone threatening other people's children.

We can't know the reason why the Amazon buyer said such excessive words, but it is clear that the sellers hope that Amazon can consider the feelings of the seller while protecting the interests of the buyer.

3. The seller's link was taken off the shelf due to the buyer's malicious complaint

The disputes between buyers and sellers occur every day, although there is a saying that"Customers are God", but there are always some bad consumers among them, which makes the sellers unable to love them. Recently, another Amazon seller said,A buyer maliciously complained about their product, which led to the product link being removed from Amazon's shelves, causing great losses to their business activities. 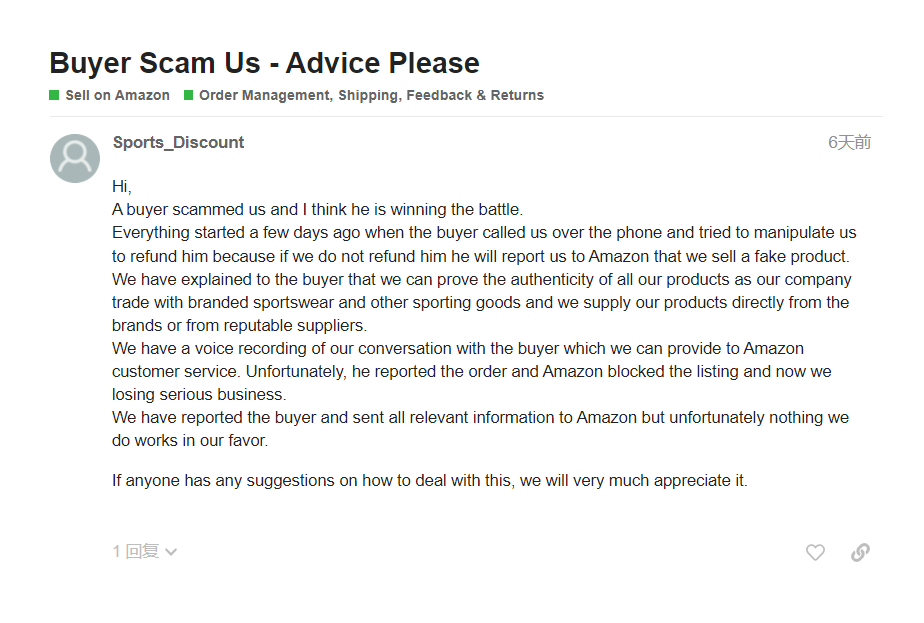 This is namedThe seller of "Sports_Discount" posted on the forum that a few days ago, a buyer called to threaten Amazon with a refund for the reason that he complained to Amazon about selling counterfeit products. "Sports_Discount" sells sportswear and sporting goods, because their products are purchased directly from the brand or reputable suppliers, so there is no fake sale. Therefore, "Sports_Discount" refused the buyer's refund request.

Later, the buyer complained about the order to Amazon,The product link of "Sports_Discount" is removedThe daily operation has been greatly affected. at present"Sports_Discount" has reported all relevant information to Amazon, but he believes that the existing policies of Amazon are very unfavorable to him.

sellerA: As long as you provide relevant evidence to prove that the product is not counterfeit, the product link will be restored, but it will take a certain time.

sellerB: For such buyers who attempt to extort, I suggest you report to the police and let the police deal with such matters.

Xiao Bian believes that the above cases are not unique. The behaviors of digging holes to collect wool and making profits by threatening complaints are becoming increasingly popular. Many consumers can even do more outrageous things"Unreasonable" behavior The seller pays the bill. In many cases, the seller is powerless. It is hoped that the e-commerce platform can comprehensively consider the interests of both parties when formulating relevant policies.