The US Station has always been the preferred site for Amazon sellers, mainly because the consumption level and market scale are at the top of the e-commerce platform. Many sellers believe that Amazon America has the largest number of sellers and the strongest competitiveness, but this is not the case.

Recently,Marketplace PulseA survey report was published, saying that although Amazon America is the most saturated site in terms of the number of sellers, it is also one of the sites with the weakest competition intensity.

Therefore, although the number of sellers in other sites other than Amazon US is small, the competitiveness is not necessarily low, mainly because the consumption level and market scale of other sites are lower than that of Amazon US. 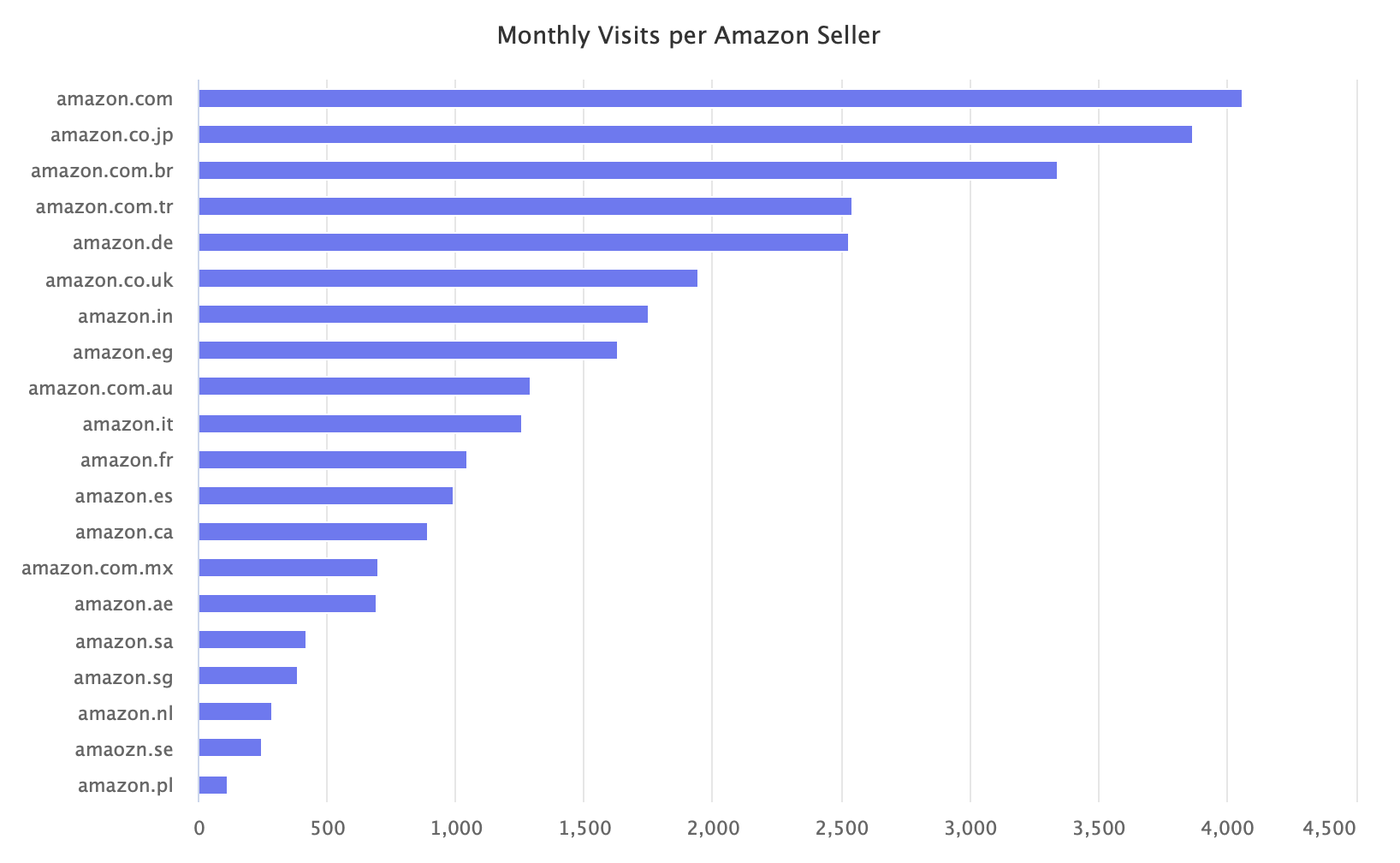 According to the survey data, the United States, Japan and Germany are the most important markets for Amazon, with the average monthly traffic ranking in the top three; It is followed by Türkiye and Brazil, where there are fewer sellers and the competitive pressure is relatively low. In addition, the average monthly visits to Amazon's European sites, such as Spain, France and Italy, are also high. This is because European countries are closely connected and pan European sales lead to many Amazon sellers. At present, the most competitive markets are the Netherlands, Sweden and Poland. This is because Amazon has not launched these sites for a long time, which has failed to form an effective influence in the local e-commerce market.

However, if the scale of demand is not considered, the data is incomplete. Even though the sellers in Brazil and Türkiye have enough room to rise, they are still several orders of magnitude smaller than the size of Amazon America.

Marketplace PulseSaid that Amazon US accounts for half of the total flow of Amazon's global market, and the trading volume of Amazon US also exceeds its global totalHalf of GMV. The consumption strength of the whole American people and the huge consumer market provide sales opportunities for sellers, and each seller can share the biggest cake.