Amazon's sale of off shelf products is controversial!

As one of the giants of American e-commerce platforms, Wal Mart and Amazon will always be focused on their related behaviors.A few days ago, it was reported that Wal Mart had removed its "anti worship" (FJB) products from its platform. Later, Xiao Bian searched its official website and found that products with these words had indeed been unavailable.

However, on the Amazon platform, another major e-commerce giant, such products are still sold, covering a wide range of categories from hats, clothes, masks to necklaces, cups, decorations, etc. Some sticker products are directly marked with "FJB”And there are many five-star reviews of this kind of goods. 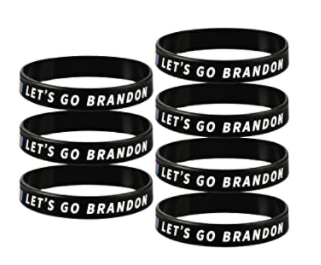 From its comment area, people's comments are more biased towards the product itself, but some consumers have left the same words with goods in the comment area to express their attitudes. The number of comments on various products varies from several to thousands.

Not long after Wal Mart took such products off the shelves, Amazon has not taken any measures, which inevitably caused controversy.

Amazon has had product disputes more than once. Previously, Amazon was criticized by consumers and sellers for selling goods related to anti human rights and treating sellers differently. Several platforms in the United States have also taken off many monitoring equipment products for human rights violations, which has also attracted attention.

It is understood that at present, some foreign media hope Amazon can respond to this matter, but Amazon has not yet made a statement and related reply. In fact, Amazon has been increasingly strict in terms of platform policies and vendor supervision. For the control of product reviews and the operation supervision of the seller, the seller has a deep understanding. Is this just an oversight?

In addition to this product dispute, Amazon's previously suspected monopoly and employment issues have not been properly resolved. In the peak season, Amazon should not only worry about the performance in the last quarter of this year, but also allocate energy to deal with the remaining problems!