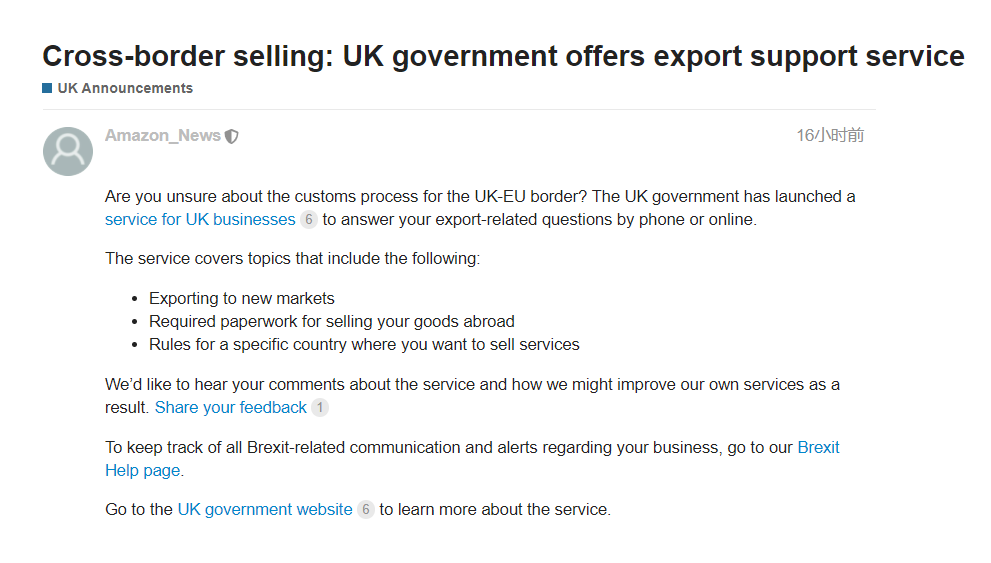 The service coversThe main contents include the following：

Sellers can visitLearn more about the service on the UK government websiterelevantInformation.

This should have been a service that seemed helpful to the sellers, but under the announcement, the sellers did not seem to buy it.

A seller directly said: ThisMust be joking with me，governmentallnoclearHow does this work,It's justThe blind are guiding the blind。

seller"JR_Wristbands" believes that no matter how well the British government launched the service, there are still too many factors that can not meet everyone's requirements. becausegovernmentandDo not understandAmazonHow the FBA system works,The system existsMany loopholes,It will have a negative impact on the operation of cross-border sellers。

In addition, Amazon also said in the announcement that it hoped that sellers could actively put forward suggestions for improving Amazon's services.

Some sellers said they hoped Amazon couldChange unrealistic return policy。 Because of a series of reasons, such as returns, claims and delayed delivery, Amazon has brought great risks to their business activities. Because the risk of loss is too high, he has been unable to sendProducts sold in any EU country.

I hope Amazon can listen to the opinions of sellers and provide better service support for cross-border sellers.