Taobao released the "Top Ten New Year Goods" for the Spring Festival of the Year of the Tiger, and the goods with "Tiger" sold out

The reporter learned that the top ten New Year goods in the Year of the Tiger are based ontwo thousand and twenty-twoyearWithin the first three weeks of January, comprehensiveSearch, sales, turnover and year-on-year growth on Taobao platformThe selected products represent the trend of consumption in the New Year of the Tiger. 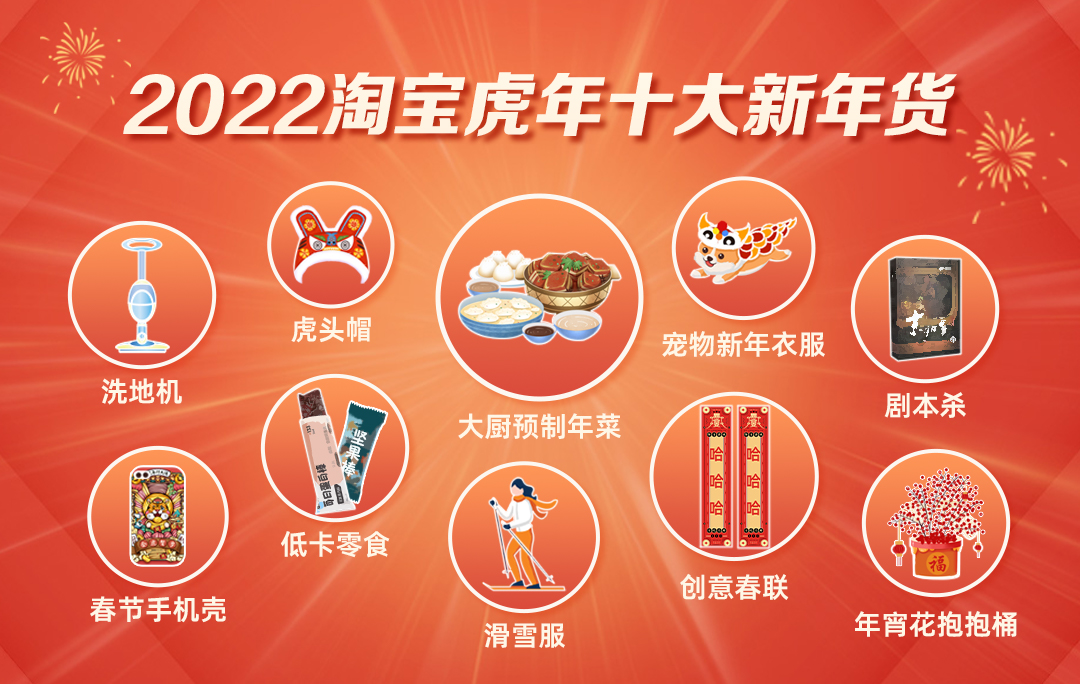 chart/2022Among the top ten New Year goods in Taobao's Year of the Tiger, ski suits and floor washers are on the list

“Every Spring Festival, we will find a batch of New Year goods'New faces', most of them are closely related to the social hot spots and new trends of life that year. "Taobao Spring Festival Marketing Activity Waiter Zeng Niexpress,"This Spring FestivalThere are several obvious new consumption trends, including the Winter OlympicsmeetingNew Year's products brought by new hot spots like the Year of the Tiger, as well as regular New Year's products like Spring Festival couplets and food for young people'New varieties'. It can be said that the changes in the New Year goods, to a certain extent, reflect the changes in the lifestyle of contemporary people, and also give new meaning to the New Year customs. "

Spring Festival in the Year of the TigerJust in time for the Beijing Winter Olympics,In addition to cheering for Olympic athletes,"One billion people go on ice and snow" has also made ice and snow sports the most fashionable winter activity, which has also led to ski suits, skis and other equipmentYear on year sales ofDouble.

New Year merchandise"Tiger percentage"Become newof"Traffic password". Taobao data shows that since the launch of the New Year's Merchandise Festival, the turnover of goods with "tiger" has increased significantly：“Spring Festival Couplet in the Year of the Tiger”The search volume of products such as "Year of the Tiger sweater", "Year of the Tiger bag" and "Tiger hat" increased month on monthallachieve500%；Year of the TigerThemed mobile phone covers are sold on average every dayThere were 257000. The sales volume of Taobao, a tiger hat shop in Shanxi, increased by 300% compared with previous years.

Traditional New Year goodsThere are also many new patterns.In the past years, the whole family went to the war to clean up and had a busy New Year's Eve dinner, but they were also tired. Nowadays, people prefer to have a sense of celebration easily, so chefs prepare New Year dishes for the New Year's Eve dinnerCThe floor washing machine has become the responsibility of household cleaning.

Because it can be eaten without cutting, washing, seasoning and heating,Sales of prefabricated vegetables during the annual festivalthantwo thousand and twenty-oneDouble growth in.Both time-honored Guangzhou restaurants, Xinghualou, and new brands have launched chefs' prefabricated big dishes, including more than ten yuan of home dishes such as shredded fish flavored pork, Babao rice, and dozens of yuan of Dongpo meat, lion's head and other family dinnersdelicacy，stillhaveseveral hundred yuanBraised ChickenBuddha Leaps over the WallIsotonicwell-known dish。

go by the name ofThe floor washing machine of "intelligent cleaning artifact" can self clean, vacuum and mop the floor at the same time, which can greatly reduce the housework time. Many consumers wrote in the baby comment area: "It's good for them to use. They bought one for their parents before the New Year so that they can clean it less hard." 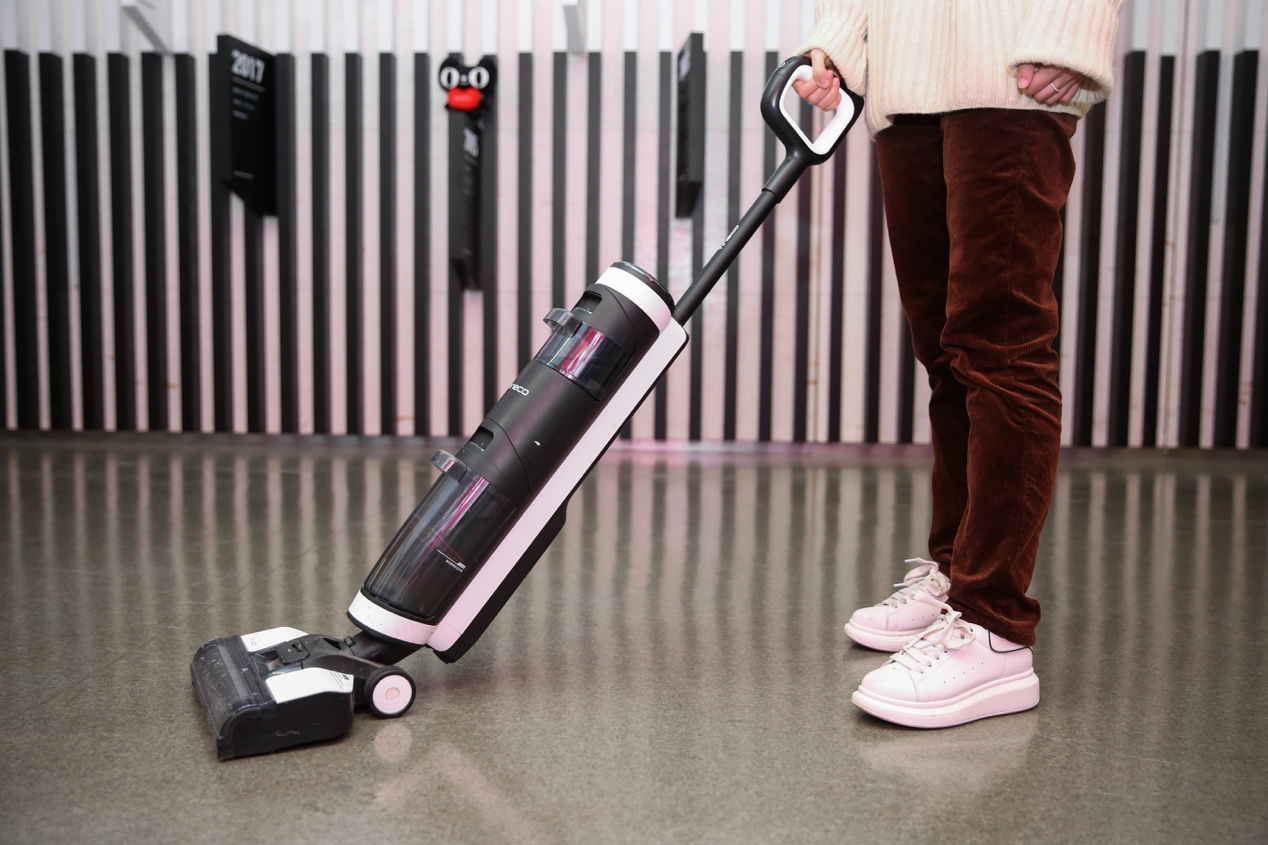 In addition to meeting the needs of food, clothing, housing and transportation, social games such as script killing, which young people like, have also been promoted to the Spring Festival partyThe "must have" project has gained a share from the "quintessence of Chinese culture" mahjong.Data display, nearIn the past three weeks, the search volume and sales volume of scripts killed on Taobao have both exceeded the year-on-year growth rateone00%，nine0After andninefiveLater, it became the main consumer group.

twenty-oneLiu Ming, a year-old college student, is a script killer. He bought it before the holidayFive notebooks were sent back to my hometown. In his opinion, playing cardsKSongrou Mahjong"The third one" is tired of playing. "It's much more exciting to form a script with my friends!"

Wei Pengju, Dean of the Institute of Culture and Economics of the Central University of Finance and Economics, said that online shopping for New Year's goods has replaced"Stock up New Year's goods in advance and move people home"，“Taobao Spring Festival”It has become a trend, and the top ten New Year products released by Taobao also reflect the evolution of New Year customs in the digital era to some extent.

"The cultural genes of the New Year customs will be inherited, while the ways of celebrating the New Year will continue to be enriched, which will show new characteristics of the times with the development of history and society. Although there will be an epidemic in the 2022 Spring Festival, the theme of family reunion will become stronger, and there will also be new customs such as chasing the Winter Olympics and killing scripts. The increasingly rich material conditions and cultural supply also provide innovative soil for the formation of the New Year customs." Wei Pengjuthink。