This year's holiday sales are still growing. MasterCard data shows that the holiday season（From November 1 to December 24), U.S. retail sales (excluding auto sales) grew 8.5% year on year, 10.7% higher than 2019; Physical store shopping ushered in a recovery, with its sales increasing by 8.1% over last year and 2.4% over 2019;Online sales remain strong, up from last year11%, up 61.4% compared with 2019 before the epidemic. 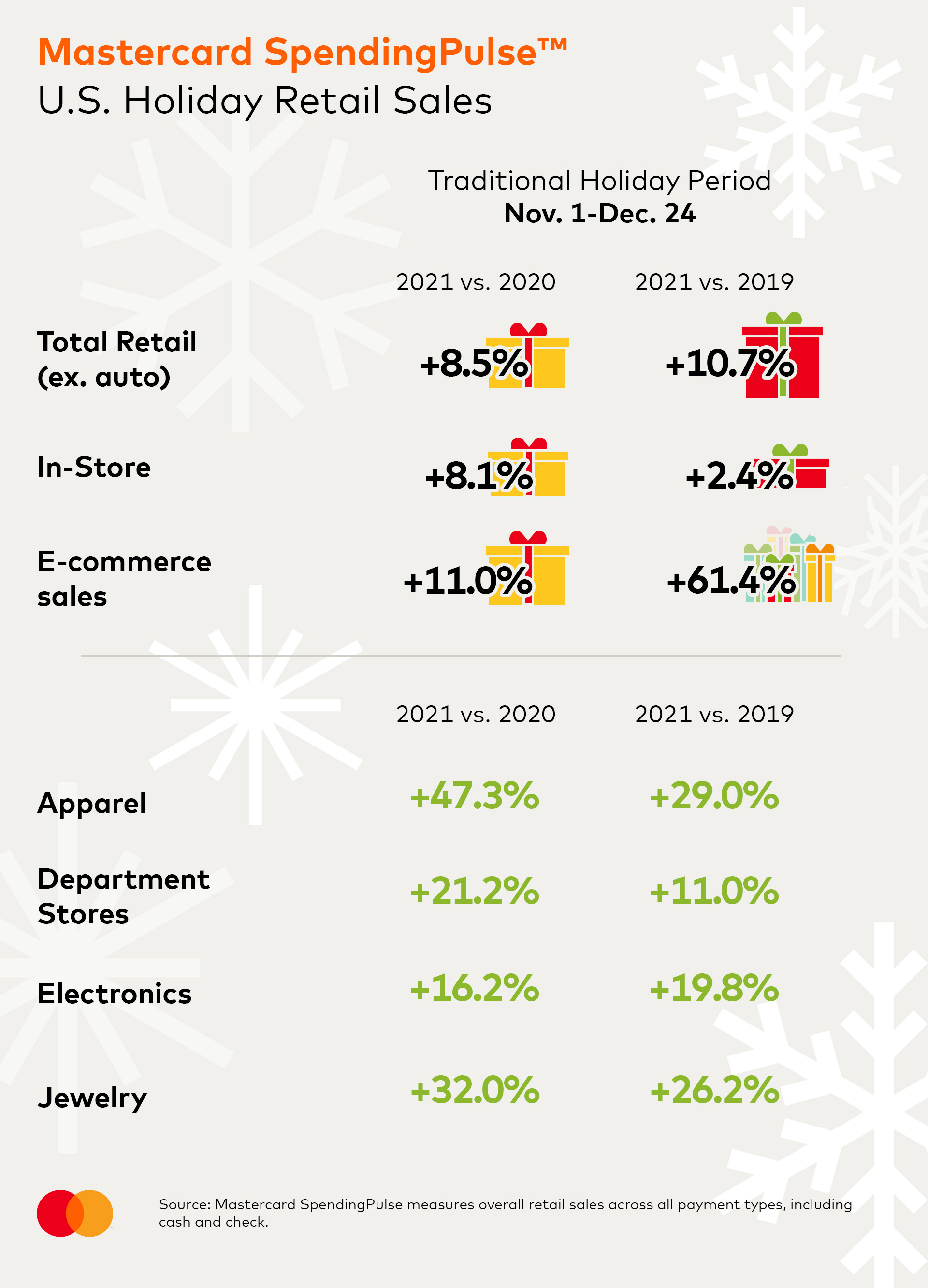 Subdivided into specific categories,The sales of clothing category this year have increased greatly compared with last year47.3%, an increase of 29% over 2019.Clothing has always been one of the most popular categories. Previous research institutionsNPD said that with the easing of the epidemic and the increase of vaccination rate, people began to socialize gradually, and the demand for clothing also increased significantly.

In addition to clothing, consumer demand for jewelry also ushered in double-digit growth. The sales of holiday jewelry this year have increased compared with last year32%, an increase of 26.2% over 2019.

according toPinterest's 2022 Global Fashion Trend Report, accessories will receive attention next year. And new accessories such as tooth ornaments and eye ornaments driven by Generation Z will become the trend. Among them, the search volume of body drill in Pinterest increased by 145%; Nail and diamond decoration increased by 150%; Crystal eyewear increased by 110%.

In recent years, smart home is also increasingly favored by consumers.NPD data shows that from January to November this year, the sales of smart home products in the United States increased by 21% compared with the same period last year. In addition to safety, consumers now also care about whether the product is convenient, energy-saving and how the atmosphere feels.

Senior consultant of MasterCardSteve Save said that many Americans completed their Christmas shopping ahead of schedule this year due to concerns about supply chain and other issues. MasterCard data shows that in the 75 days from October 11 to December 24, the total retail sales in the United States increased by 8.6% year on year.