Introduction:Looking at the world space pattern, the United States, Russia and ESA deserve to be the first echelon; China, Japan and India belong to the second echelon.

Looking at the world space pattern, the United States, Russia and ESA deserve to be the first echelon; China, Japan and India belong to the second echelon. In December 2016, the Information Office of the State Council of China released the white paper "China's Space 2016", which for the first time defined the strong vision of developing China into a space power. China, as the leader of the second echelon, is shrinking to the first echelonTeam gap.

In the field of launch, the United States has launched a large number of space projects since 2008, directly promoting the commercial launch of Space X, Blue Origin, etccompanyThe rapid rise of. With the gradual maturity of these companies' technologies and products, the global space launchmarketFrom then on, the "multipolar struggle for hegemony" has been transformed into a pattern of "one super power and many strong".

Global launch status and analysis in 2018

According to the independent statistics of iResearch Institute, as of August 20, 2018, a total of 65 launch vehicles into orbit were launched worldwide with 201 loads, including remote sensing satellites, navigation satellites, communication satellites, cargo ships, manned spacecraft and other spacecraft.

China and the United States have the same number of launches, leading the world

In terms of the number of launches, China and the United States each successfully launched 22 rockets, accounting for 33.8% of the global total, far ahead of other countries. As of August 2018, the number of rockets launched by China has exceeded the number of rockets launched in 2017 (18), which shows that China attaches great importance to space development. Russia launched 10 times, ranking behind China and the United States. It is worth noting that the number of launches of ESA in the first echelon of the space field is less than that of Japan in the second echelon, which is on the same level with India.

On January 25, 2018, due to GNC system (guidance, navigation, control system) failure,AliAn-5 (a rocket owned by French Arian Company) was unable to put two loads into the scheduled orbit, and the launch was "partially failed", becoming the only failed launch in all 65 launch missions this year. This failure ended the record of 82 consecutive successful launches of Arian 5 since April 2013. The two satellites carried in this launch will enter the scheduled orbit in August 2018 (seven months later than the plan) depending on their own power system. 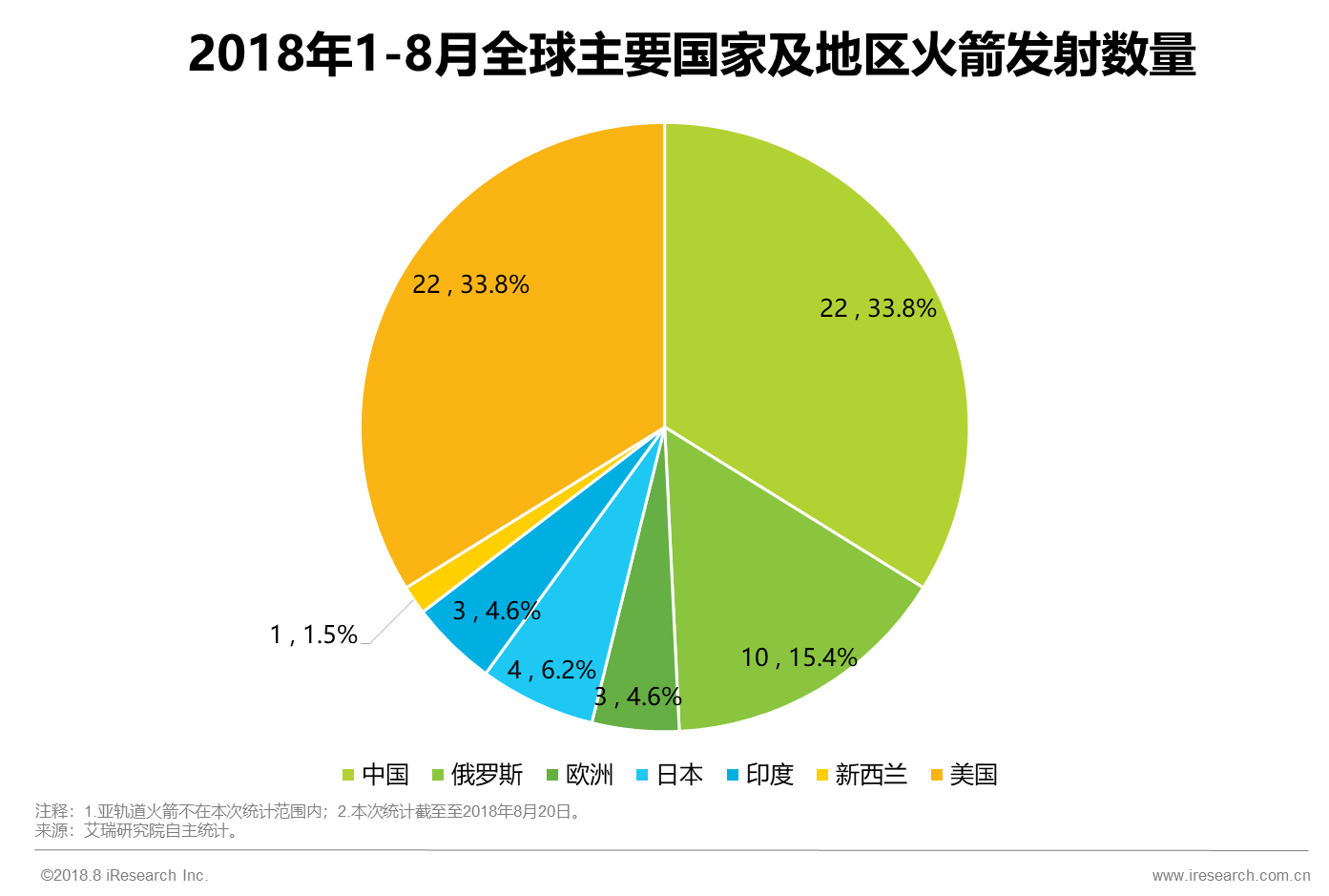 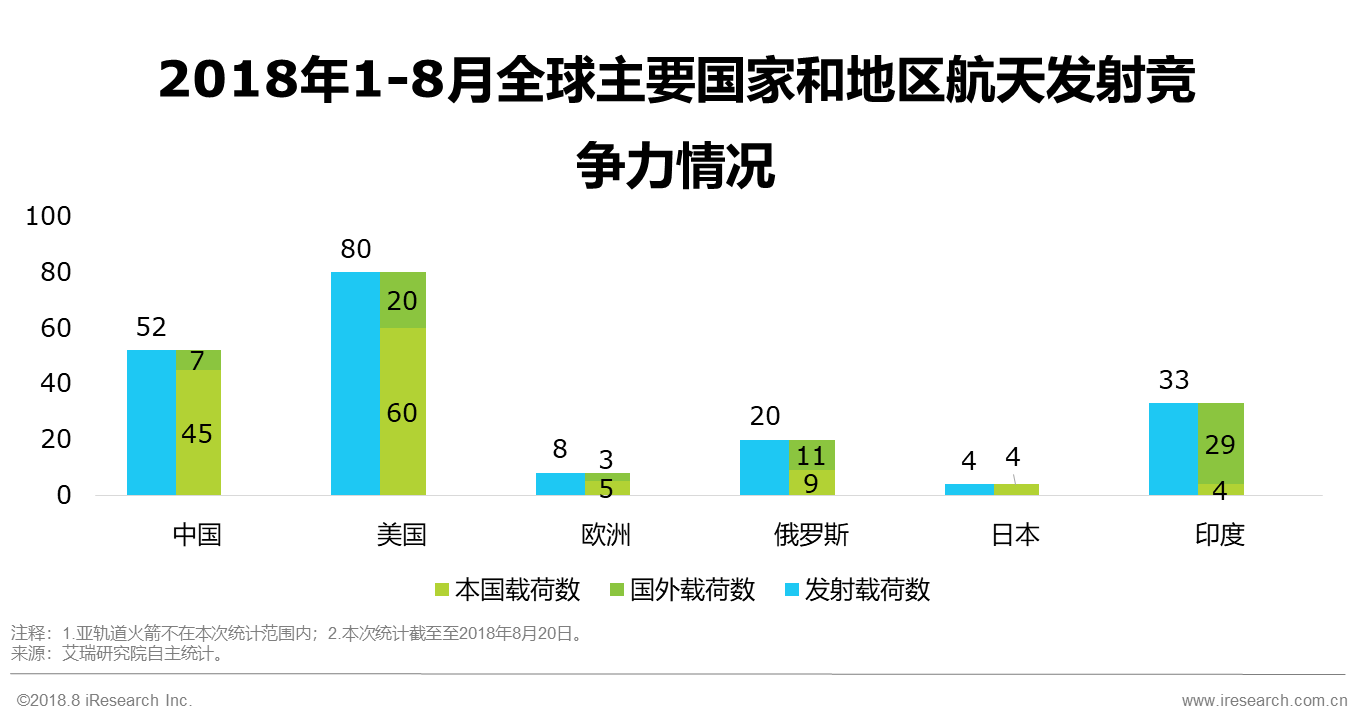 India's performance in the international space launch market is impressive. In 2018, India launched only three rockets, but carried 33 loads, including 29 from overseas markets. At the beginning of 2017, India succeeded in "One Arrow One Hundred and Four Stars", creating a new record and proving to the world that its technology is mature. On January 12, 2018, India's PLSV-XL rocket "One Arrow 30"Samsung”The successful launch has become the largest single launch carrying load this year. With the continuous expansion of the micro satellite market (with a mass of less than 100kg) in recent years, India has attracted global micro satellites due to its low launch price (mainly due to India's low labor cost) and mature technology of one arrow with multiple satellitesOperatorThe favor of.

Domestic Concern and Foreign Aggression, One Disadvantage and the Other Advantages -- An Analysis of the Reasons for the Gradual Declining Competitiveness of Russia and Europe in Launching

The main reasons for the low rocket launch volume in Russia and Europe this year are insufficient local launch demand, weakened international competitiveness and reduced number of orders.

In terms of the absolute number of loads, the number of local loads carried by Europe and Russia is far lower than that of China and the United States. The aerospace industry has the characteristics of high risk and high investment. The domestic launch demand is difficult to support the operation and development of the launch service provider. Previously, the launch orders from Europe and Russia mainly came from the international market.

In 2017, the proportion of foreign loads launched by Europe and Russia was 66.7% and 72.2% respectively, while in 2018, the proportion dropped to 37.5% and 55%. The reason is that the international launch market is becoming increasingly competitive. The United States, India and Japan are racing to develop new types of rockets. The launching capabilities of Europe and Russia are stagnant, and they are growing and declining compared with other countries.

When selecting launch service providers, satellite operators pay more attention to the success rate of launch rather than the cost-effectiveness of launch. As we all know, the Arian rocket from Europe has always been famous around the world for its high launch success rate, which is also the main reason why the launch price of Arian is higher than that of other launch companies and it can still obtain a large number of international orders. However, the failure at the beginning of 2018 will undoubtedly have a huge impact on its reputation in the launch market. Russia's Proton rocket has been frequently launched in recent years, and the Soyuz rocket failed to launch at the end of 2017, making it difficult for Russia to obtain international orders, although the launch price has decreased in recent years.

SpaceX of the United States advocates that launch vehicles can be reused to reduce launch costs. This creative idea has become mature after years of research and has been accepted by global customers. Since 2018, the Falcon 9 carrier rocket has launched 14 times, of which 8 times have used the recovered first stage rocket body, and all have successfully completed the delivery mission, increasing people's confidence in the repeatable delivery technology and Falcon 9 rocket. While developing reusable technology, SpaceX forced competitors to continuously reduce launch costs, making the international space launch market more competitive.

The year 2018 will undoubtedly be a colorful year in China's space history, and even the first year of China's commercial launch.

On April 5, 2018, Beijing Interplanetary Glory Space Technology Co., Ltd. successfully launched the "Hyperbolic One" rocket. As the first truly private rocket in China, Hyperbola 1 is a suborbital test rocket (without carrying load), but it has verified many key technologies and opened a new chapter in China's commercial launch.

On May 17, 2018, Chongqing One Space Technology Co., Ltd. successfully launched the suborbital rocket "Chongqing Star of Two Rivers". Although the maximum height during the test was only 40km, the test expectation was still fulfilled and key data were obtained.

Blue Arrow Space Technology Co., Ltd. overtook at the curve, completed the final assembly of the "Zhuque I" solid carrier rocket on August 20, 2018, and planned to launch the "Future" micro satellite in the fourth quarter of 2018. If the progress goes smoothly, "Zhuque No.1" will become the first private rocket capable of sending satellites into orbit in China.

The three private rocket launching companies, StarCraft, Blue Arrow and Zero One, stand in a tripartite confrontation with benign competition and will win a place for China in the international commercial launch market in the future.