Introduction:In 2017, the overall good business performance of Sanqi Mutual Entertainment was mainly attributed to the three strategic layouts of the enterprise: innovation and success in H5 game technology, expansion of domestic game market and the company's construction in the overall pan entertainment ecology.

According toIResearch ConsultingStatistics: Sanqi Mutual Entertainment accounted for 2.4% of the game revenue of domestic listed enterprises in 2017, becoming one of the leading enterprises in the second echelon of Chinese listed game enterprises. 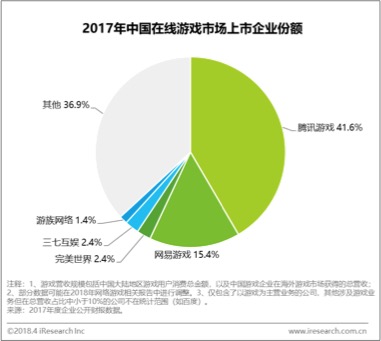 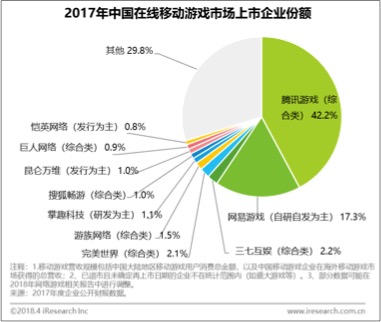 1、 Based on its IP accumulation and technical advantages, Sanqi Mutual Entertainment realizes the innovation and success of H5 games.

According to the statistics of iResearch, the size of China's H5 game market in 2017 will exceed 3 billion yuan, with an annual growth rate of 279%.

By virtue of its rich accumulation in the page and hand games, Sanqi Mutual Entertainment also began to expand into the H5 game field, and launched the heavyweight IP product "Sword of the Archangel H5" at the end of September 2017. According to the ranking data published by the Appstore, after the launch of the Archangel Sword H5 app on the iOS platform, it has been stable in the top 50 of the iPhone best-selling list in the App Store in China, and has repeatedly entered the top 10 list, reaching the third place. IResearch believes that the success of Sanqi Mutual in H5 games is mainly due to its advantages in IP and technology.

First of all, Sanqi Mutual Entertainment is one of the leading enterprises in the domestic page game market, with long-term experience in operating and developing web games. Its representative products, such as the Sword of the Archangel, have accumulated fans for more than ten years, which has accumulated high IP value. The login of related games on the mobile platform has created a more convenient and rich game scene for users. Secondly, through the combination of H5 technology and App technology innovation, Sanqi Mutual Entertainment has also successfully solved the core pain point of traditional H5 games that have no fixed content entry on the mobile terminal. The mobile game product "Sword of the Archangels H5" launched by Sanqi Mutual Entertainment based on HTML5 technology, while solving the problem of lack of stable content entry, still retains the technical expertise of H5 games, such as lightweight, easy to update, which is a worthy innovation, and also provides a good model for the migration of web games to mobile platforms.

To sum up, supported by the two advantages of IP and technology, H5 games have become an important breakthrough for the differentiated development of Sanqi Mutual Entertainment in the mobile market and attracting users.

2、 Based on the localization and differentiation strategy, Sanqi Mutual Entertainment actively promoted the launch of domestic games.

By virtue of its profound experience in R&D, distribution and operation, Sanqi Mutual has actively promoted the launch of self-developed games and helped many excellent domestic games enter the global market. In 2017, the flow of overseas mobile game issuance business of March 7th mutual entertainment exceeded 1 billion yuan. The self-developed mobile game Eternal Era entered the Asian market, reached the top of the best-selling list of multi country games, and also successfully ranked among the best-selling lists of iOS in the European market. In addition, mobile game products such as "Demon Subduing Song", "Feng Xian" and "Zhu Xian", which are also distributed by Sanqi Mutual Entertainment, have achieved good results in Taiwan, Singapore, Malaysia, Thailand and other markets. As a result, Sanqi Mutual Entertainment was also included in the "2017 Top 52 Global APP Publishers" list released by App Annie, an internationally renowned data agency.

The core strategy of Sanqi Mutual Entertainment in the overseas market is the product differentiation and marketing localization strategy of the target market. Taking the product "Eternal Era" as an example, in the process of launching the customized mobile game "Rings of Anarchy" in Europe and the United States, the game adjusted the product from the research and development level, and carried out three-dimensional marketing promotion, finally successfully entering the target market. In 2018, Sanqi Mutual Entertainment may take more customized games to the sea to stabilize the diversified and global strategic layout. 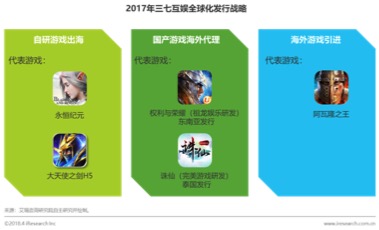