Recently, Analyst Analyst released the Quarterly Monitoring Report on China's Cross border Import and Retail E-commerce Market on its official websiteThe third quarter of 2021. According to the report data, in the third quarter of 2021, the scale of China's cross-border import and retail e-commerce market reached 116.67 billion yuan, down 9.6% month on month. 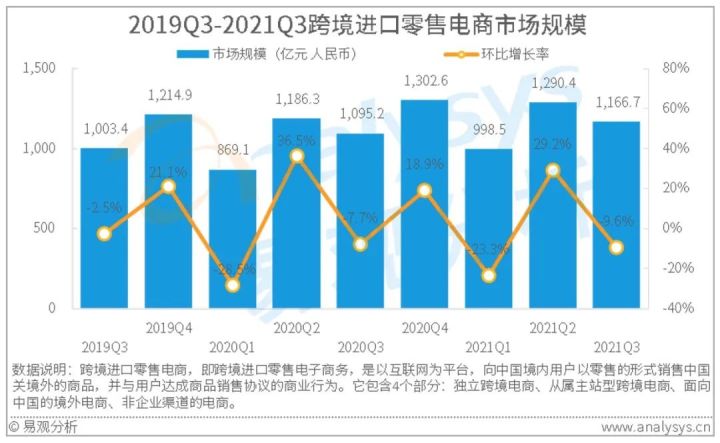 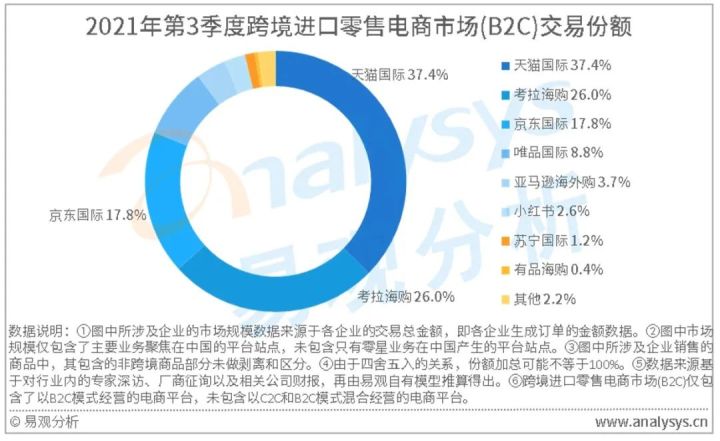 this yearIn October, the Information Office of the State Council of China held a press conference on cross-border e-commerce import and export in the first three quarters. At the conference, Li Kuiwen, spokesman of the General Administration of Customs and director of the Department of Statistics and Analysis, said: "In the first three quarters of this year, the import and export of China's comprehensive bonded area was 4.08 trillion yuan, an increase of 26.3%; the import and export of China's cross-border e-commerce increased by 20.1%, and the export of market procurement increased by 37.7%."

In the middle of this year, in the face of the Amazon blockbuster event, Li Xingqian, Director of the Department of Foreign Trade of the Ministry of Commerce of China, said: Affected by the COVID-19, traditional economic and trade activities such as exhibitions were blocked. With its unique advantages of low cost, high efficiency and breaking through time and space constraints, cross-border e-commerce has been favored by global consumers, showing a rapid growth momentum. The state has also constantly introduced relevant policies to help accelerate the development of domestic cross-border e-commerce.

this yearIn September, the General Administration of Customs of the People's Republic of China issued the Announcement on the Overall Promotion of the Central Warehouse Model of Cross border E-Commerce Retail Import Returns, helping cross-border sellers solve the transportation problems in the process of goods return and exchange, and increasing support for the development of China's cross-border e-commerce enterprises.