Snap AR Creator Summit is coming, creating a new AR ecology under the wind of the universe

Beijing TimeIn the early morning of December 8, 2021, the Snap Lens Fest was held. As a major annual event in the global AR field, this year's Snap Lens Fest, with the theme of "Experience the Future of AR", demonstrated to global players the new achievements of snap in AR technology exploration and application, as well as the increasingly mature AR ecosystem of Snapchat.

According to official disclosureOn the Snap AR platform, more than 250000 filter creators, developers, brands and partners from more than 200 countries and regions have produced more than 2.5 millionFilter, user views exceeded3.5 trillion times. Among them, at least one work of more than 300 creators has received more than 1 billion views. The number of users playing AR on Snapchat has exceeded 200 million, and the average number of times they play AR every day exceeds 6 billion.

currentAt the Lens Fest Summit,Snapchat focuses on the new features of Lens Studio and the next generation Spectacles, as well as more ways to help creators create and commercialize on the Snap AR platform.In addition,The ecosystem built by Snapchat from development, creation, distribution to commercialization and its huge predictable commercial value are also a highlight of this summit.

Snapchat's lens studio is a collection of filter creations from all members of the creator community and the Snap design team. These filters can be displayed in Snapchat, Snap cameras, eyeglasses, or through applications in the Camera Kit. 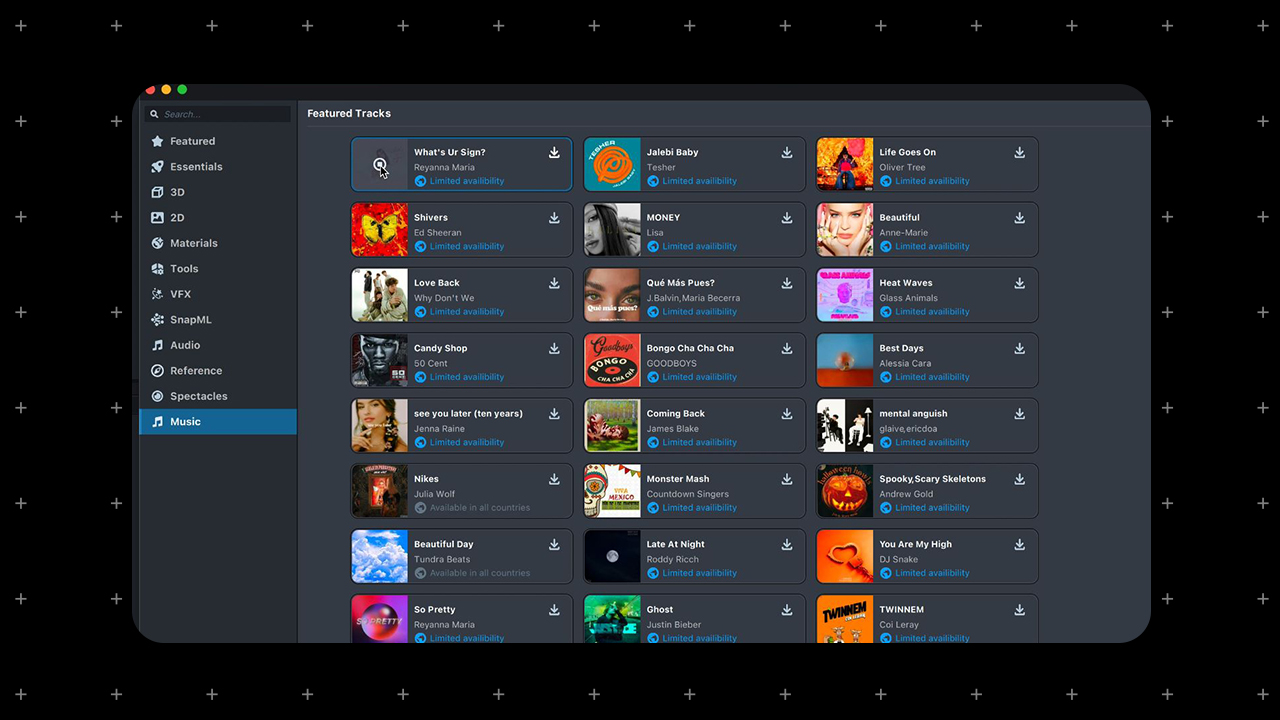 last year,Snapchat has adopted some innovative technologies developed by the Snap team and brought them to Lens Studio to build a more attractive, realistic and accessible user experience. For example, clothing and skin color segmentation, 3D Body Mesh and voice machine learning. The tools released today include:

l New Music Library——Creators can choose from millions of music and audio licensed by Snapchat, clip and add them to their own filters.

l High precision depth map——The creator can use depth information and geometric understanding of the world to create an experience that looks and feels closer to the real world. Before that, only high-end equipment could achieve this effect.

l Real time dataAPI library - use real-time information extracted from other sources (such as the U.S. stock market, weather data, etc.) to more easily create intelligent and useful shots. We started to promote this function from the APIs of FTX, Alpaca, Accuweather, iTranslate and other partners. 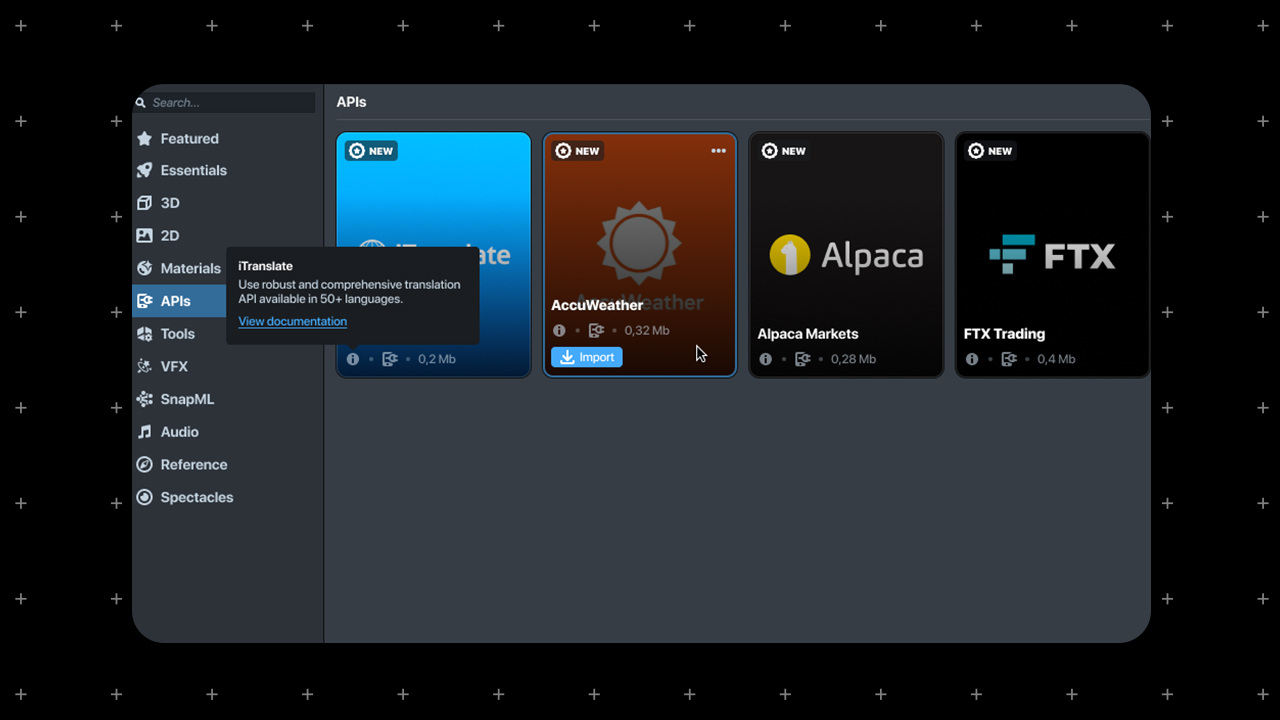 Soon, creators will be able to create custom landmarks and convert local landmarks intoAR attractions. To achieve this function, you only need to use a mobile device with a LiDAR scanner to draw the area, create a 3D model and import it into Lens Studio to convert the coordinates in the real world into an image on the line.

In addition,Snapchat will continue to support the growing AR creator community and their creativity. For example, new“Filter call”The function allows the creator to add a link in the filter, so as to easilySnapchat takes it to stores and other destinations. Snapchat can also“Story reply”Like the creator. In the future, those who want to exploreDevelopers and small teams of AR technology and creativity can apply for each project and have the opportunity to obtain support of up to $150000, as well as direct help from the Snap team.

The next generation that attracts much attentionSpectacles function upgrade

l Interconnection lens——Multiple people can share the same shot in the same space of Spectacles.

l Position trigger——If the user turns on the location function, Lenses can adjust according to the specific GPS radius and optimize the experience.

l Durable mode——This feature allows the shot to run longer by turning off the display when interacting with the shot. 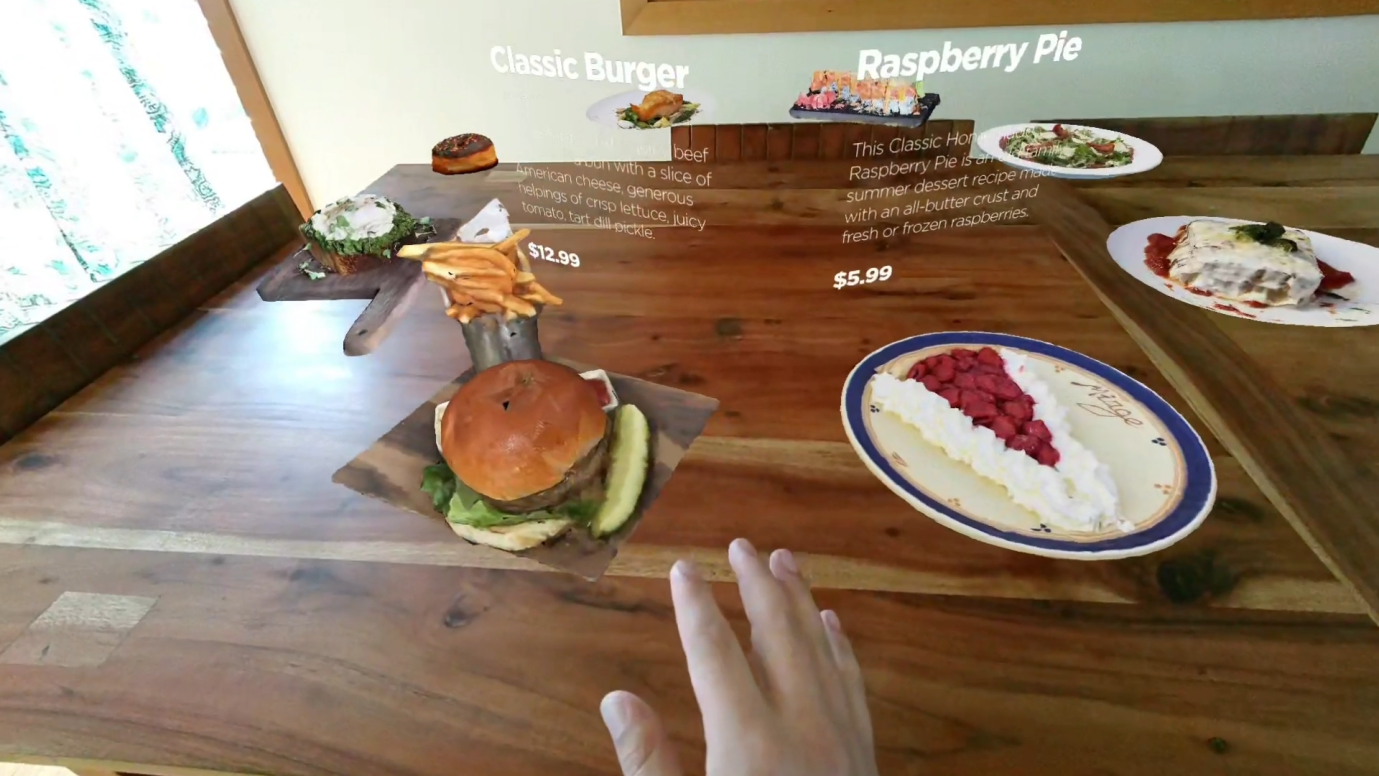 These haveThe new generation Spectacles glasses displayed by AR have helped creators to make hundreds of lenses, which are used in learning, shopping, art experience, games and other scenes to bring people a new perspective to see the world. For example, users can "see" the impact of global warming through the new generation of glasses, or experience Boston's history through time and space, or conduct 3D art interaction.

AR applications continue to be popular, and the ecological construction of Snap AR is becoming increasingly mature

l AR creation: Tools such as Lens Studio and Lens Web Builder reduce the technical threshold for developers to create AR, and developers' AR creative ideas are no longer limited by technology, and can be turned into works more quickly and easily.

l  AR content: The Creator Marketplace is like a "trading market" for AR works, creating a platform for AR creators and brands to create together. The creators can publish their works and seek cooperation with the brand owners to realize their ideas.

On the one hand, this setThe construction of AR ecology has solved the two "barriers" of AR technology development and content creation, enabling AR applications to be rapidly promoted. On the other hand, there are a large number of developers, creators and brands in the Snap AR community. Snapchat opens up some AR technologies, and the creators release their works on the platform. The brand owners can efficiently complete the production and release of an AR advertisement after receiving the creators and high-quality works. The media commented, "Snapchat turns AR development into a business, and all participants can make money." 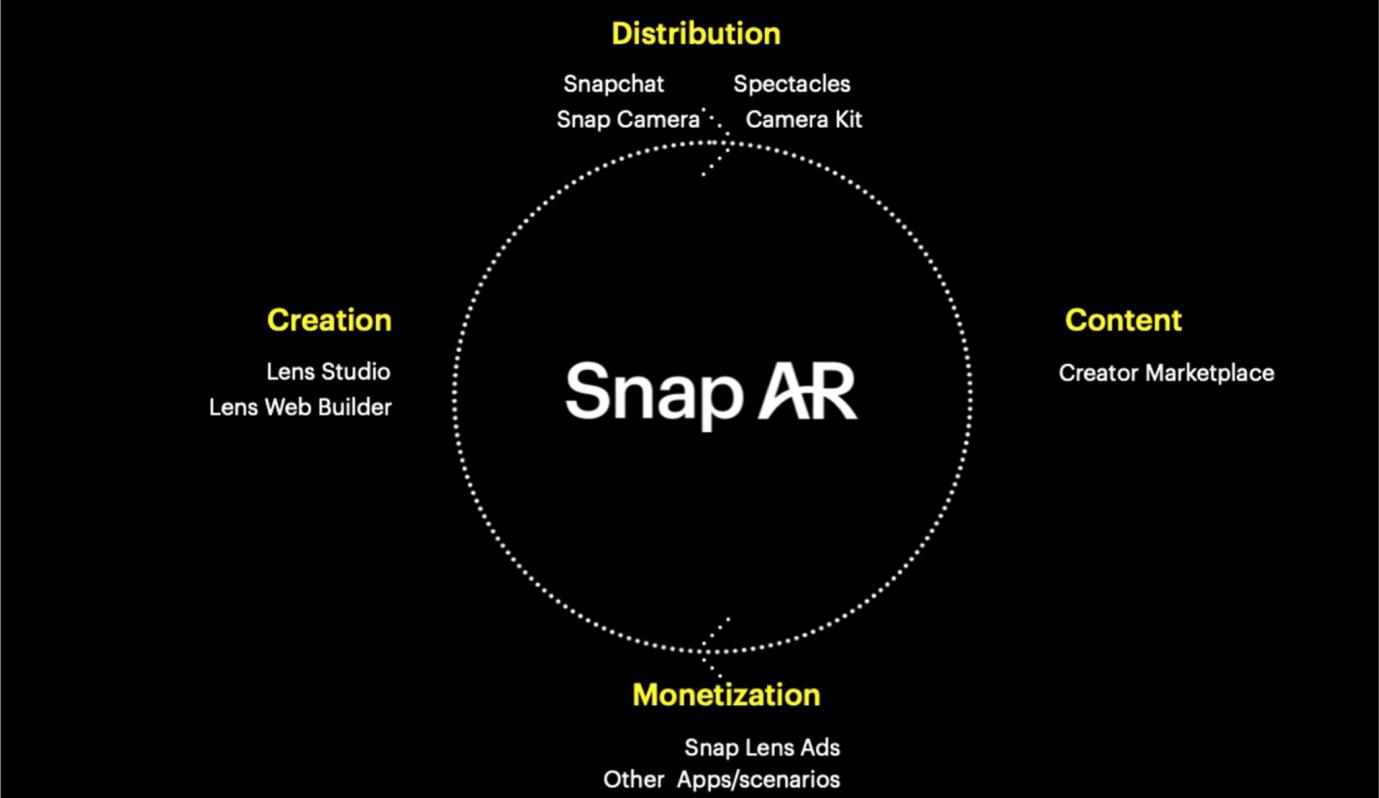 Over the years, the creators have always believed thatThe power of AR and other abilities to change the world. Snapchat has always been committed to creating extraordinary experiences, which are being integrated into all aspects of Snapchat's games, learning, exploration, shopping, art, etc. For example, 9 AR trial filters launched by Snapchat are used in famous fashion week exhibitions in New York, London, Milan, etc. In the third quarter of this year, Snapchat and Sotheby's jointly launched the filter function, allowing users to enjoy works of art in person without leaving home. In the retail field, the high conversion rate of AR advertising in Snapchat's cooperation with GUCCI, eyewear retailer Cleary, American Eagle and other brands has once again proved its great commercial value.

Some media commented that,"Snapchat has become one of the most widely used camera applications in the world. With the blessing of AR technology, it has also become the most frequently used AR application for users, and is likely to become the first station of the future meta universe/virtual life."