Etsy website was once banned in Russia for selling fake products!

At the beginning of this month, the Russian Communications, Information Technology and Media Supervision Bureau（Roskomnadzor) added the e-commerce website Etsy to its list of prohibited domain names.In other words, you can't visit RussiaEtsy website.

It is understood that the supervision bureau is implementing Tambov'sA court order issued in June 2019 found that Etsy suppliers of Gucci counterfeits infringed intellectual property rights and requested that access to these pages be restricted.

But when it comes to real implementation,Roskomnadzor said that because of the traffic encryption technology used by Etsy's website, Roskomnadzor could not only restrict access to the "Gucci" page on Etsy, so it blocked the entire website.

Etsy also realized the seriousness of the matter and deleted the infringement page. Previously, search on Etsy“GUcci ", a large number ofReproduction of Gucci branded clothing and accessories, includingBag, brooch, beltEtc. 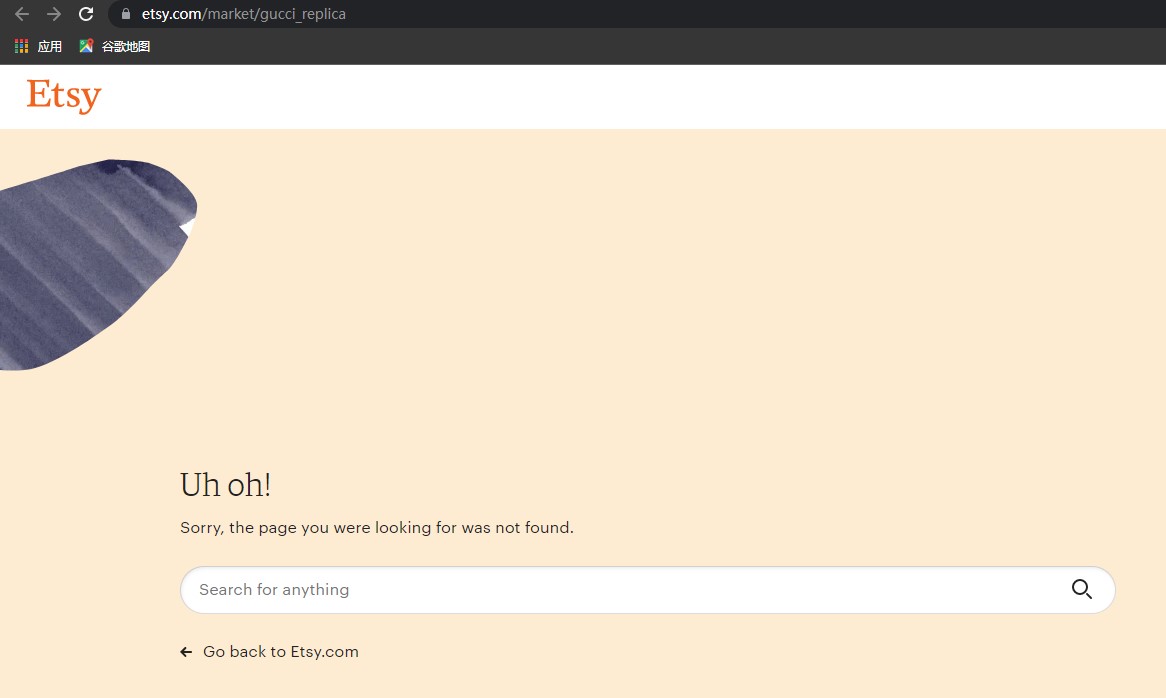 Roskomnadzor also lifted the blockade on Etsy on December 3 after seeing that the counterfeit products marked have been deleted from the website.

It is not the first time that the e-commerce platform has been blocked. Just a while ago, due to the sale of nonconforming products and"Incorrigible", Wish was punished by the French authoritiesMajor search engines and mobile app stores operatedIt is not searched in.

As for infringement, five publishers recently filed a joint lawsuit in the US courtShopify failed to delete the listing and store that infringed the publisher's trademark and copyright, and claimed more than 500 million dollars in compensation.

fromAccording to the "troubles" Etsy, Wish and Shopify have caused recently, their core words are nothing more than "infringement" and "compliance".

In fact, many platforms, such as Dunhuang, AliExpress, etc., often issue infringement warnings. Recently, AliExpress released a report onLV infringement trademark warning and off shelf announcement. According to the announcement, the seller is the bestSelf inspection and self inspection, and off the shelf includingLouis Vuitton Malletier obligee's goods similar to trademarksAnd emphasized that if2021twomonth11thThe platform will be rectified as per"Trademark infringement" related rules.

Amazon, as one of the largest e-commerce platforms,Last yearJunestillA global anti fraud team has been set up（CCU）。This yearIn April, Amazon and American sports camera manufacturer GoPro sued seven Chinese sellers and two companies, accusing them of openly using the trademark of GoPro to sell counterfeit“Handler”Float handle and“3-Way”(Tripod/handle/arm) Three in one camera fixing base.here we areIn November,Amazon United Weber（WEBER) filed a lawsuit against 12 sellers (mostly from China), accusing them of illegally selling“WEBER”The oven protective cover with the registered trademark and the false advertisement are published to induce consumers to purchase.

For sellers, selling infringing products may earn some profits, but they also face high risksListing and shops were closed down, and many defendants went to court. If such events occur in a large scale and attract the attention of the authorities, the e-commerce platform where they are located may also be subject to the risk of being blocked.