US Resale Market Becomes a Sales Channel for Thieves

According to foreign media, the online market has created a black market business model for thieves, which has led to a surge in vandalism, robbery and robbery in the United States in recent months and years.

Head of American Law Enforcement and Retail AllianceBen Dugan said that at present, retail theft has caused an estimated annual loss of 68 billion US dollars, which is still rising during the epidemic.

Ben Dugan said that during the epidemic, everyone was shopping online. As a result, a huge new demand for online goods has been created, which has encouraged additional crimes, and stolen products can be resold online. 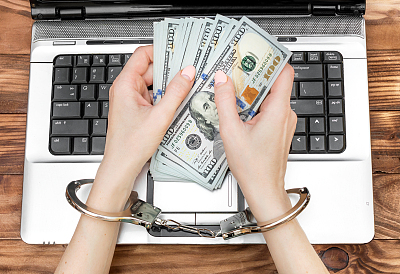 newspaperAccording to a survey conducted by the American Retail Federation last year57% of retailers said that organized retail crime has increased since the outbreak of the epidemic.

Executive Vice President of the American Retail Industry Leaders AssociationJason Brewer said that the factors that led to the increase of theft had been formed about ten years ago. The difference between today and ten years ago is that the rise of online market enables criminals to resell stolen products quickly,nothingIn shape, it creates a black business model. Retail industry leaders say that unless the online market strengthensThe security and transparency of p2p transactions, otherwise this problem will not disappear.

Jason Brewer also said that because there is no limit on the number of sales, the "sellers" hiding behind the platform may use false names and business information.

In order to protect the rights and interests of local consumers, the United States has also taken some measures to combat the sale of counterfeit goods, resale theft and other acts. Consumer Online Retail Market Integrity, Notification and Fairness Act(INFORM Act) was proposed in both houses of the United States Congress with the support of both parties.

The bill will require network platforms to verify the identity of a large number of third-party sellers and require sellers to provide contact information in advance. Amazon has expressed its support for the House version of the bill, saying it strongly supports legislative efforts to prevent bad actors from harming consumers, including increasing the punishment of cyber criminals, and will provide more resources for law enforcement.

It is understood that in addition to the increase in theft cases of online retail stores, there are also many cases of robbery of railway parcels in the United States.