There are 3 varieties of North American holly seedlings: big red fruit, light red fruit, and orange-red fruit. Particular attention should be paid to the fact that the cultivation of North American holly likes acidic soils and requires male and female to live together. It can be used as a bonsai or flower arrangement cuttings. North American holly 2-3 meters high, shallow roots, not obvious main root, well-developed whisker; leaves alternate, single leaf, long ovoid, hard toothed edge, hairless surface, green, bronze leaves, slightly white and hairy on the back of the leaves; dioecious, white flowers, axils of raw leaves, 3-6 overgrown female flowers, dozens of male flowers; berries, red, 2-2 3 fruits are overgrown, and the number of seeds in a single fruit is 4-6. North American holly bonsai in Zhumadian has a large number of North American holly bonsai from Youyu Longchang horticulture North American holly planting base North American holly sprouted in late March, spring tips grow in early April, strong germination, pruning resistance; bloom in mid-May, half a month, male flowers bloom 2-3 days early, and end at the same time as the female flowers in early June, while flowering results. The fruit color turns red in early October and leaves fall in early to mid-December; the fruit hanging period is until April of the following year. The fertility characteristics of North American holly are happy light, also tolerant to semi-shade, fertile and slightly acidic to neutral soil, can also adapt to weakly alkaline soils, like warm and humid environments, strong moisture resistance, strong cold resistance, suitable for most parts of China, such as the Yangtze River Basin and its north, growing and breeding North American holly and most evergreen tree species of the Holly family are different, characterized by winter deciduous leaves. After the leaves fall, the dense and bright red fruits are covered with branches, which is very dazzling and festive. In Europe, America and North America, holly is widely cultivated and used as fruit cutting and landscape beautification. Every year, China imports large quantities of North American holly (known as red beans in the market) from the Netherlands and other countries to cut and put them on the flower market, and the sales price is expensive. In 2006, Hangzhou Runtu Horticulture Technology Co., Ltd. introduced 02'Oosterwijk' (Oosterwijk) and other North American holly ornamental varieties. The introduction tests showed that these varieties showed strong resistance, wide adaptability, moderate growth, and normal flowering, fruit and winter deciduous leaves, and are excellent ornamental trees for autumn and winter pruning, environmental beautification and potting. A large number of North American holly bonsai in Zhumadian were planted from the North American holly planting base of Youyu Longchang Horticulture. Straws were covered to increase soil organic matter. Top dressing was applied 2-3 times according to growth. They were not pruned during the growth period, and allowed to grow naturally. Apply enough base fertilizer, 50-100g cake fertilizer or other organic fertilizer per plant until winter plants fall leaves. After the leaves fall, the base of the plant is re-cut 1015cm. In the spring of the following year, 5-8 branches were drawn to grow, and timely top dressing promoted uniform growth of the branches. The height of the branches was more than 60cm, and became the fruit branch for the third year. After the leaves fall in the winter of the following year, cut short twigs and bent branches. The base fertilizer is mainly phosphorus and potassium fertilizer. In May of the third year, these growing branches bloomed. As a result, the fruit was red in October, and they could be pruned and sold in batches in November. They could be cut until the following year, the North American holly bonsai in Zhumadian was large, from Youyu Longchang Horticulture North American Holly Planting Base 02 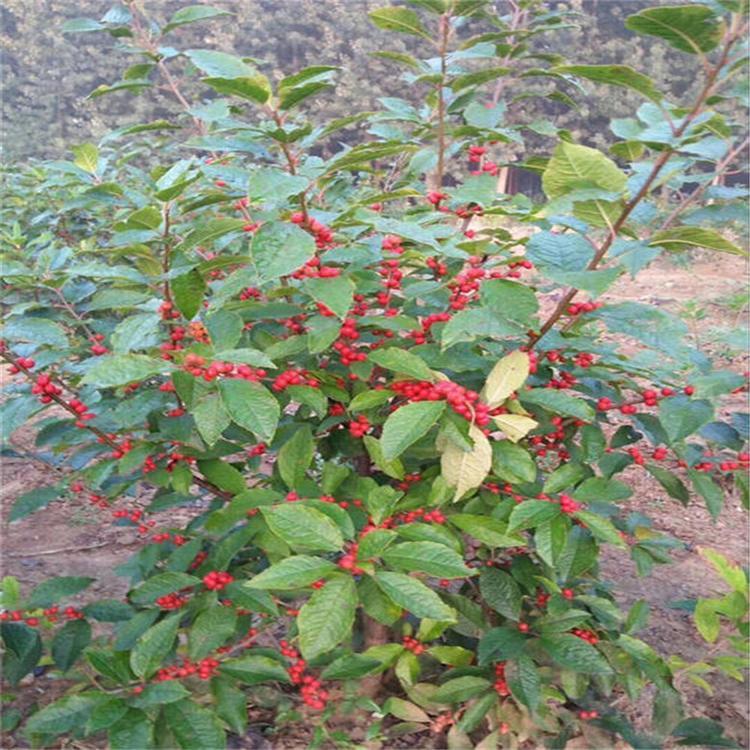 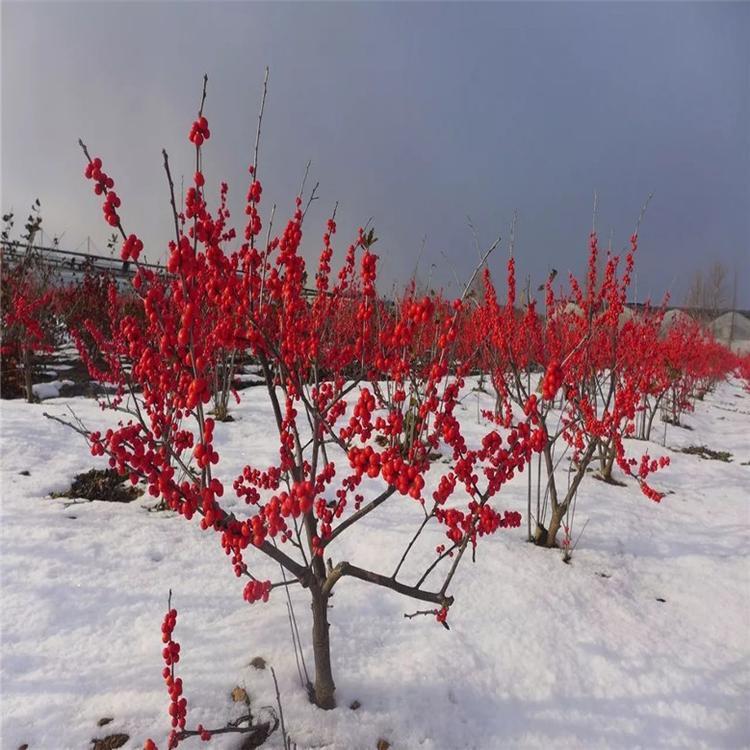 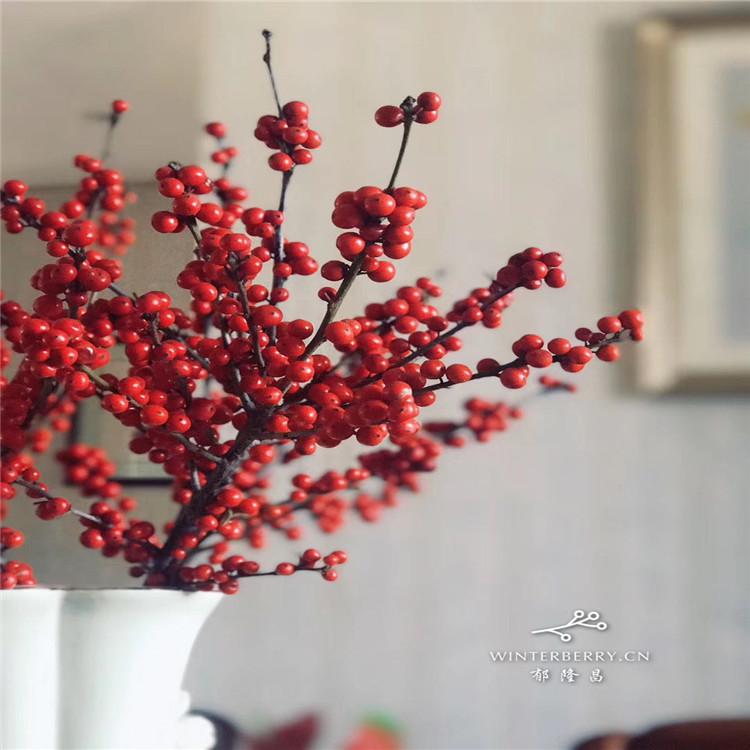 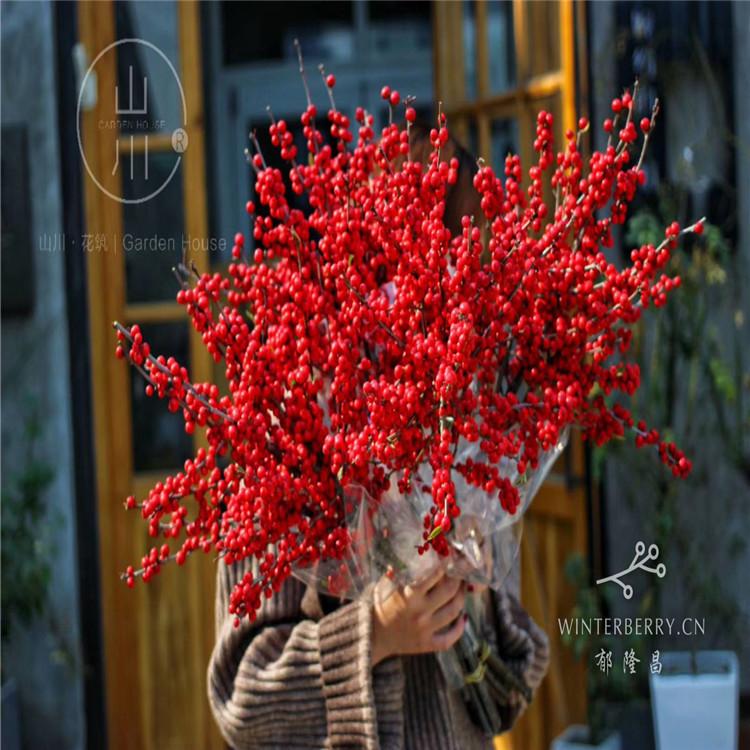